Saying no to brexit

whilst getting on with life

Brexit: Is it time to reconsider? 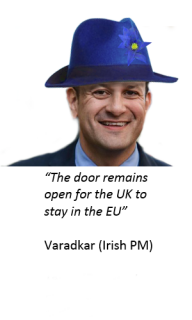 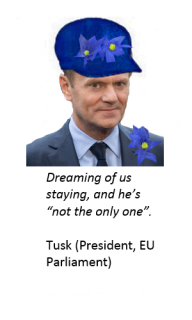 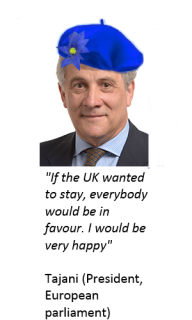 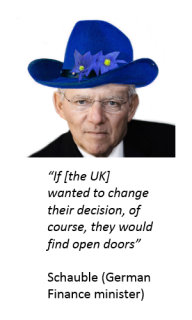 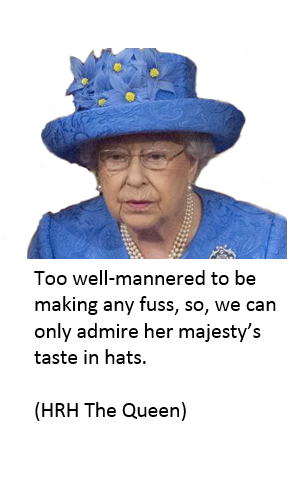 Many European figures have made it clear, the UK can stay in the EU if we choose to do so.  The overall level of understanding among UK population of what the EU does, and the consequences of leaving, has risen since the referendum, so now is a good time for UK citizens to ask are we sure we made the right decision?

We could start by reviewing the benefits for all UK citizens who have also have EU citizenship (here is a general illustration of the benefits ).

We can also think whether we're going to actually get what we voted for:

No, clearly not getting what they voted for.

Immigration isn't going to reduce (a complicated topic, but basically, ignoring all the positives that immigration brings to science, arts, culture and society, capitalism requires free movement of workers and they'd have to come from somewhere else if not the EU)

Regarding control, we already had control over our borders (the ability to remove non productive EU workers; the ability to stop criminals at our borders, etc) and all EU treaties require a unanimous vote for agreement (smaller laws can pass with just a majority, but the UK is nearly always on the winning side).  So there's not very much to take back control of.

As to nostalgia, we can't go back to the 1970s (nor the 18th century) unless we delete all the technological advances which have happened since then.

And our incompetent handling of Brexit has led many countries to comment how far the UK's abilities and influence has fallen whilst our desperation for trade deals to replace damaged EU trade, will lead us to be begging for deals and signing on very poor terms.  We've become a figure of ridicule; not one of renewed power.  We have in almost every way, reduced our global importance and relevance.

More money for the public sector (including NHS): I think we all know this is not happening.  The UK is damaging our economy significantly through Brexit, so we'll have less, not more.  The NHS is also struggling to recruit doctors and nurses, and EU ones are leaving (if you tell people they're not welcome, they tend to leave), to the extent that the NHS has just launched a recruitment drive, starting with targeting medics in the EU (the same people we've just alienated).  And the financial justification by the far right for Brexit - the one that the right wing papers used to sell us Brexit, the justifications that other economists have described as 'crazy' - brings various consequences including the shrinking of the public sector.(I'll paste a 'starter' link from the LSE below, for more info on this).

So, simplifying for brevity, no one is getting what they voted for.

What about negative impacts of Brexit?  Were all those threats of economic doom from the remain campaigns correct?

So far Brexit has caused real wages to fall, foreign investment in the UK to fall, manufacturing growth to lurch unpredictably from positive to negative and back (influenced by the weak pound), essential workers are leaving, large financial businesses and services (a massive part of our productivity) are relocating offices to be inside the EU, consumer spending to fall as prices go up, declared business spending intentions to fall, European holidays to be much more expensive (due to near equity between Sterling and the Euro), etc.   We need to be looking at the overall trend, not isolated positive stories, and that trend for the UK is negative and set to continue down in the short and medium term.

It is possible the UK would be slightly more competitive 10 to 25 years hence (according to PWC), but that's a very expensive risk to take (gambling our children's futures) with massive economic unknowns on that time scale, and would require serious changes to the UK which we were not told about when we voted.

The main reasons why politicians (far left, and far right) keep pursuing Brexit are ideological (the EU is too capitalistic for the far left; too liberal for the far right; the reality for most of us citizens will be found in the middle ground, where the Lib Dems, Greens, and SNP reside, and they are all in favour of the EU).   For any UK citizens who are not extremely political (far left or far right), the more important questions about putting food on the table, having affordable holidays and leaving a decent protections for themselves, their children and the environment, seem to indicate that we should be grabbing the offered olive branches with much gratitude before our extremist political 'leaders' can do more damage. 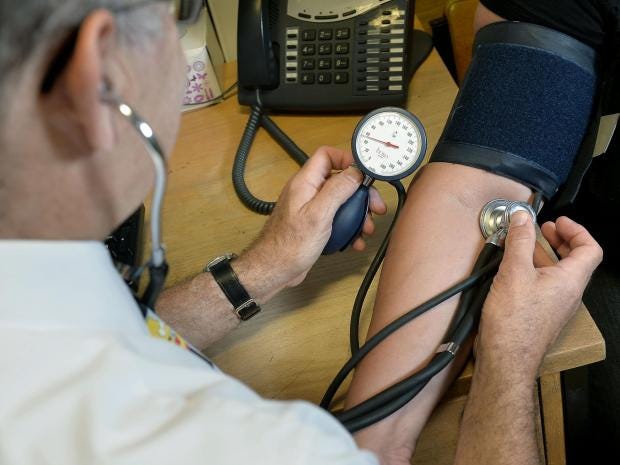 The NHS will pay agencies up to £100 million to recruit GPs from abroad in a bid to increase staffing numbers. International recruitment is hoped to begin in the autumn, a contract notice posted by NHS England said, with between 2-3,000 doctors anticipated to come from overseas. It comes as part of a drive to increase the number of family doctors after leading medics raised concerns about increasing workloads and a dwindling workforce.
http://www.independent.co.uk/news/uk/home-news/nhs-recruitment-drive-foreign-doctors-overseas-gps-100-million-investment-hiring-staff-shortage-a7921511.html

LSE Business Review – How do ‘Economists for Brexit’ manage to defy the laws of gravity?

CHARTS: EU economy is bigger than the US - Business Insider

Tags:
Hats Brexit
"The Will of the people": a political manipulation...
Brexit: Project Management Approach